Don’t know much about the players and the football league that is coming up?

Do not worry as the Footballisl.com website will cover the questions and answers on this FAQ page.

When is the Indian Super League starting?

Which teams are going to play?

8 teams are going to participate over a period of one month. The teams are:

Where are the matches going to be played?

Who are some of the top international footballers and names that are going to be part of Hero Isl?

Who are some of the celebrities involved in this league?

Sachin Tendulkar, Sourav Ganguly, John Abraham, Ranbir Kapoor, Varun Dhawan, Virat Kohli and Salman Khan are some of the celebrities who are owners of some of the teams. Mrs. Nita Ambani is the Founding Chairperson of ISL. 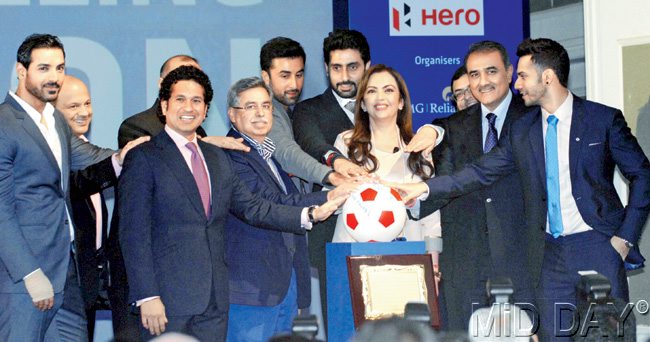 Which is the official site of Indian Super League?

Will I have to be up at 3am to watch the football matches?

Gladly this is not the FIFA World Cup or La Liga we are talking about. This is HERO ISL which is happening in India so it would be according to IST. Almost all matches start at 19:00 (7.00 Pm Indian standard time)

Where will I be able to see the matches? Which channels?

Where can I book tickets for Indian Super League Football matches?

More information will be provided when the booking is available.

Where can I buy football jerseys of players like Alessandro Del Piero and other stars of the league?

Stay tuned; you will be able to buy jersey of your favorite player and favorite ISL team on this site soon.

I want to do betting in Hero ISL

Unfortunately, betting in India is not legal. If you are located out of INDIA then you may visit international betting sites to get more information.

How can I get twitter updates of what’s happening at the ISL?

© Footballisl.com | Note: This is NOT the official site for HERO ISL.